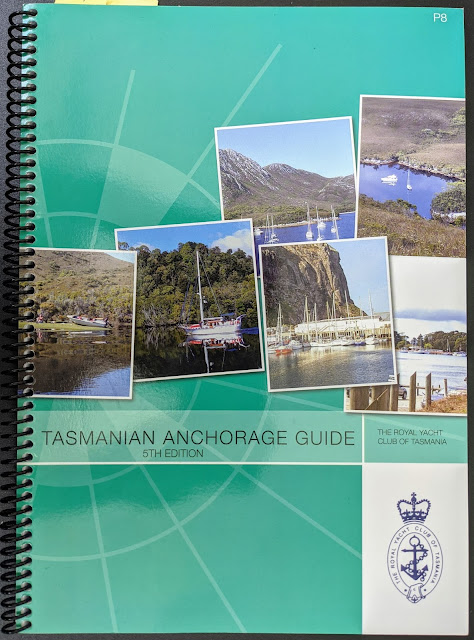 Were it not for COVID-19, right now I would be on the Southern Ocean somewhere between South Australia and the west coast of Tasmania. I had been planning this trip for months, studying the Tasmania Anchorage Guide as a devout Sunday-schooler studies their Bible. I told my friends and family it would be my long-awaited “water therapy”. Like millions of people, my international travel plans were disrupted by COVID-19. That would not stop me from sailing in Australian waters, though, or so I thought.

A fresh outbreak of COVID-19 cases in Adelaide last week, with twenty-two new cases in one day, changed all that. Till then, we had been lucky in South Australia and life seemed almost normal. We had enjoyed months of zero daily cases, wearing masks had become a thing of the past, and minimal restrictions were placed on businesses, with those mostly just for social distancing. Perhaps we became a bit too complacent.

Fearing a large second wave, as recently occurred in the neighboring state of Victoria, the South Australian government's response was swift and harsh. A state-wide six-day lockdown was imposed, including the banning of outdoor exercise. Fortunately, it was subsequently reduced to three days, but by then the state had ground to halt. The majority of businesses around the state were forced to close for three days.

Unfortunately, that included work on Arriba that had been scheduled for last week, notably an upgrade of Arriba's standing rigging and a new wind turbine. My plans to set sail for Tassie over the weekend were scuttled. Two days lost last week would translate into a departure delay of five days, because of the intervening weekend and windy weather, making re-rigging and welding impossible.

It behooves one to be stoic about such delays. After all, capricious weather frequently causes sailing delays. I feel sorry for all of the businesses that have been disrupted and appreciate how they have scrambled to fit me into their busy summer schedules, our prime selling season down under. It is harder to be stoic about capricious governments. In response to the Adelaide outbreak, Tasmania declared the state of South Australia a medium risk area, mandating fourteen days of quarantine for all visitors from SA to their state. It is a very heavy-handed response, especially in view of the fact that South Australia’s daily COVID count is now back to one and trending to zero.

Alas, Tasmania will have to wait.

Tomorrow we will sail west, not east.