How time flies! Please excuse me as I journey down memory lane.

This time ten years ago I had just purchased Arriba and was in the process of sailing her with 2 crew the 1000 nautical miles from Airlie Beach in Queensland to Sydney. The top photo is the very first photo I took from the deck of Arriba as we departed the Abel Point Marina. A few days later I took the photo below as we passed through the Whitsunday Islands. 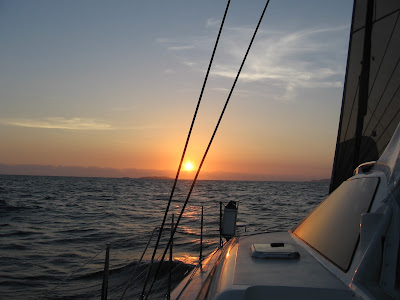 Sadly, due to time pressures (i.e., "having a job"), we had little time to enjoy the places we passed. Except for detouring into Tin Can Bay, QLD and Coffs Harbour, NSW to avoid storms, we sailed non-stop for 2 weeks. Arriba did not have an autopilot installed at the time, so it meant hand steering the whole time, including through the night. I still have vivid memories of dodging freighters at night off the busy New South Wales north coast.

Seeing Sydney's Harbour's North Head (below) was tremendously exciting, as it meant that we had almost reached our destination. Almost. 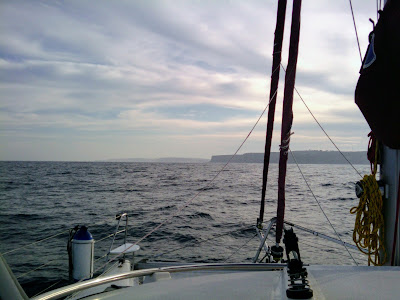 It was the approach to Sydney's iconic Harbour Bridge however that took my breath away. Apart from signifying the end of the journey, it was my very first sunset on Sydney Harbour in my own vessel. 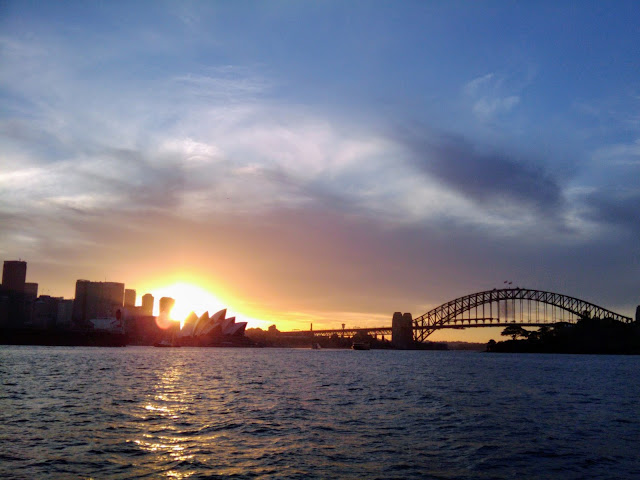 We berthed at the Sydney Wharf Marina, right opposite Google Australia, so I could longingly admire Arriba from my office. Arriba spent that summer in Sydney and I got to know the harbour fairly well, but nothing beats the satisfaction of that first Sydney Harbour sunset!