Earlier this week we sailed over to Kangaroo Island from Wirrina to welcome in the new year. For only the second time my family celebrated New Years Eve on board Arriba. In contrast to New Years Eve 2009 on bustling Sydney Harbor and spectacular fireworks, this time our year started in rustic American River. While the River did manage to put on a few fireworks, it's real charm lies in it's tranquility and the beautiful night sky - disturbed only by our own (loud) music.
We spent a calm first night at American River but awoke to a strong southwesterly wind. While the River is perfectly safe in such conditions, most anchorages there are quite exposed to wind from this direction. So we decided to move to Newland Bay about ½ mile NW of Ballast Head (35°44.7’S 137°47.7’E), which offers excellent shelter from S thru W, and even NW in a pinch (although south of Ballast Head or the River is more protected in a NW). The bay has a pretty pebble beach with anchoring over sand. The fishing was very good, and we caught ½ a dozen squid, Australian Salmon, Yellowfin Whiting and Tommy Ruff (Australian Herring).


The next day we sailed across Western Cove to the Bay of Shoals (Kingscote). Along the way, our 4-month old Border Collie puppy, Ferris, decided his favorite spot was at the helm.
We took a more circuitous route back to American River for New Years Eve the following day. En route we stopped at Red Cliffs (35°44.0'S 137°43.53'E), located on the southern side of Nepean Bay. This anchorage offers shelter from the S from SE through SW.

NB: Just beware of Frenchman Rock, a submerged rock at 35°43.47'S 137°43.14'E, ¾ of a mile to the NW, which may not be shown on old charts. The fishing cutter Golden Hope was wrecked in this vicinity in 1895.
New Years Day heralded the 13th Ballast Head Cup, held in nearby Eastern Cove, the first official yacht race of the year in Australia. Line honors went to "Marnico" skippered by Graeme Footer and the handicap winner was "Rubicon" skippered by islander Greg Roberts. 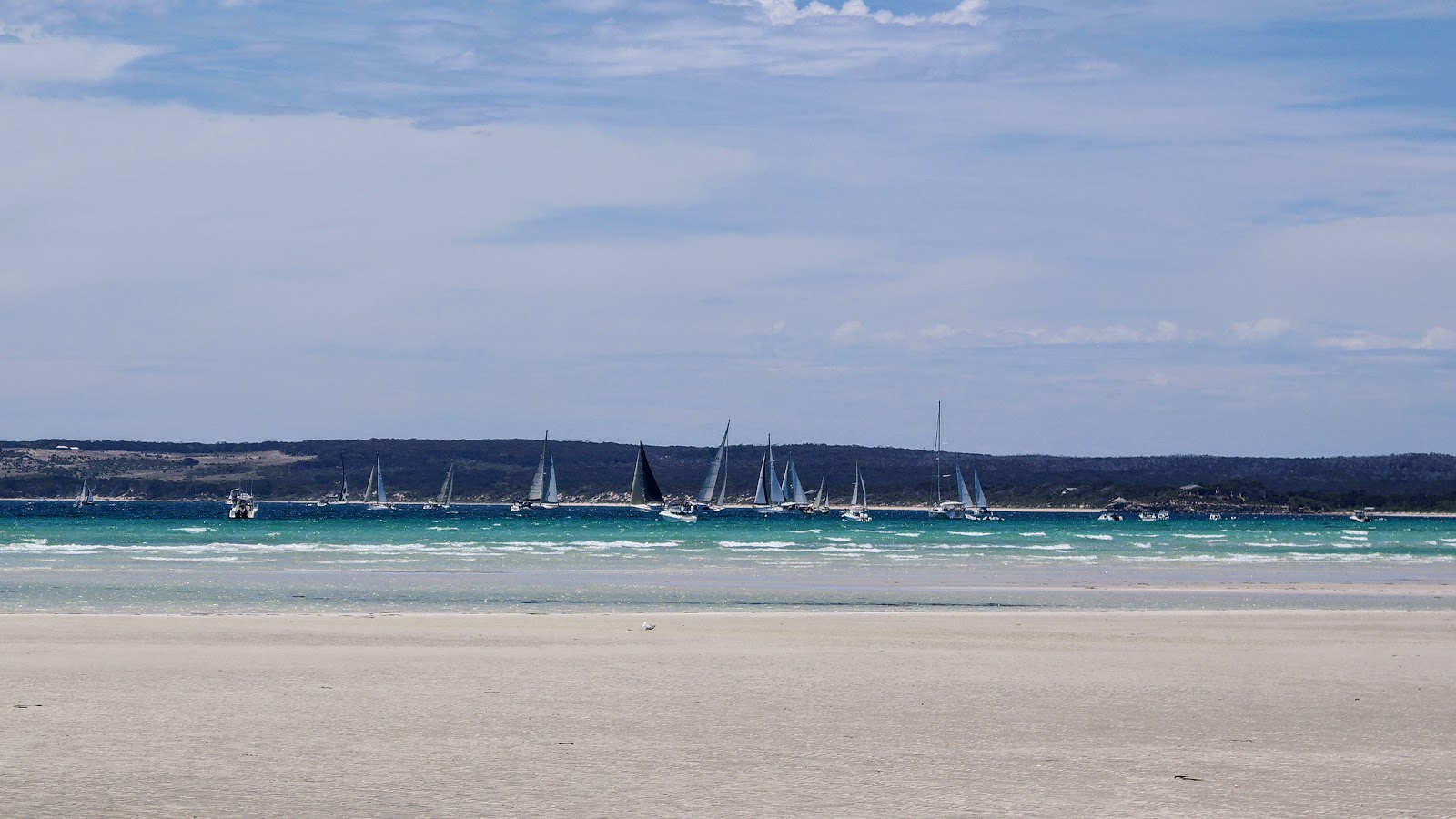 The forecast strong winds never materialized the following day (January 2nd) so the return trip back to Wirrina took a leisurely 7 hours, interspersed by several pods of dolphins.

More photos of our trip can be found here.