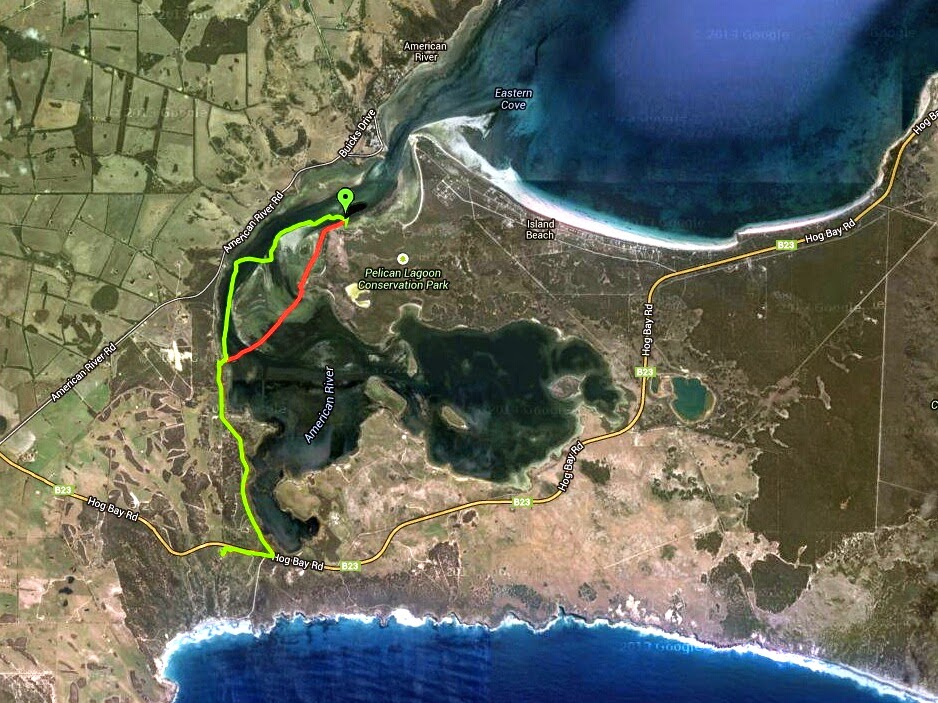 I never leave home on a sailing trip without my trusty sea kayak. Often I find it’s more convenient to kayak to shore, rather than bother with the dinghy, and it’s also a fantastic way to explore local waters.

The other week I sailed over to American River, Kangaroo Island to attend the AGM of Rebuild Independence Group (RIG). I had some free time before the meeting so I went for a kayak in Pelican Lagoon.

Note: Pelican Lagoon is part of American River Aquatic Reserve which was created in 1971 and is oldest aquatic reserve in South Australia.

It was blowing about 15 knots from the north and the tide was coming in, which made for a very fun ride paddling south into the lagoon (the green track on the map above). However the thought of paddling back into a 15-knot headwind plus an opposing tide had me a bit worried. So rather than venturing too far south into the lagoon, and having to recover all those miles against wind and tide, I went ashore after only 3 km (~2 miles) and started hiking instead. 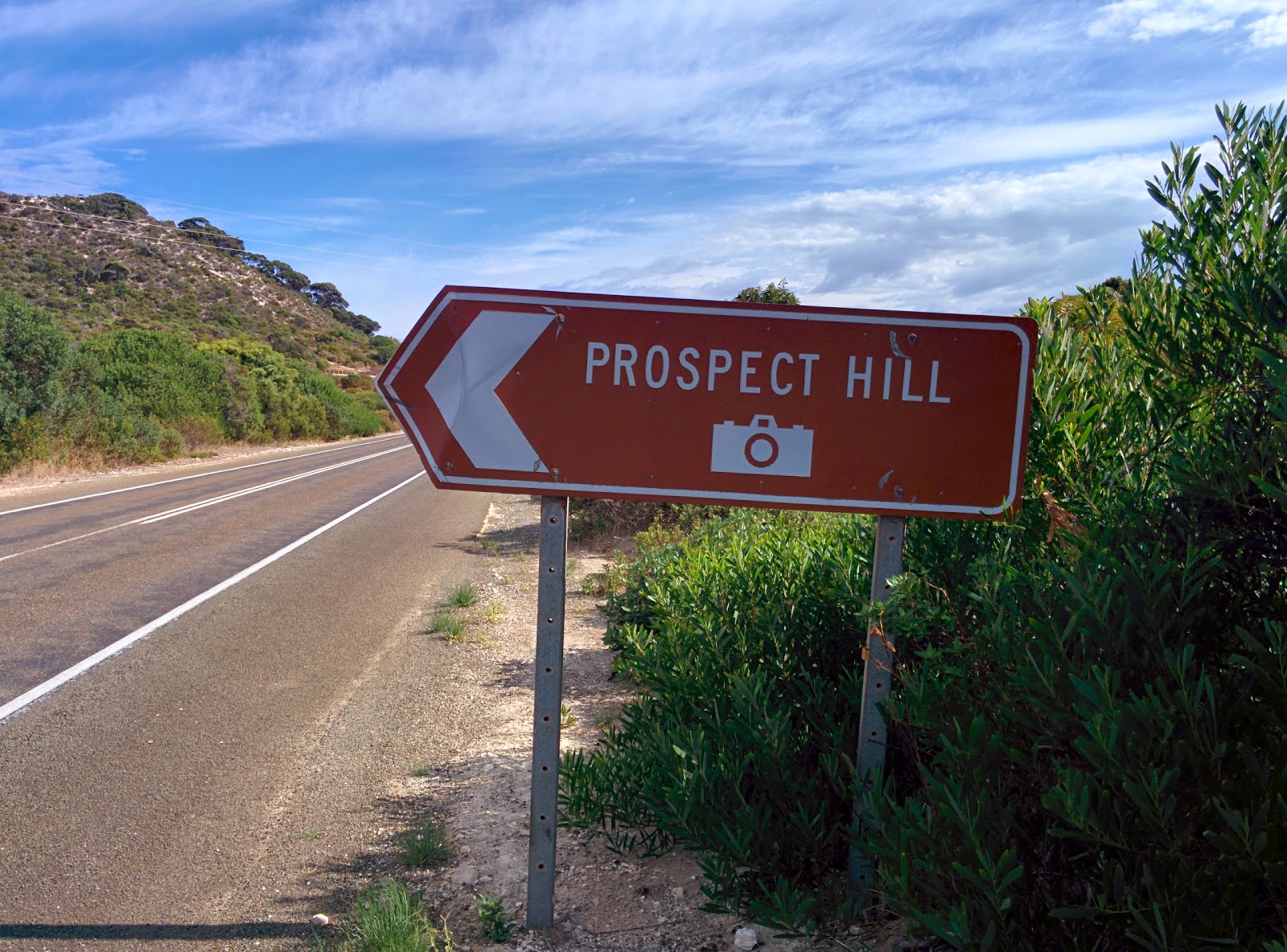 Captain Matthew Flinders, the first person to circumnavigate Australia, climbed this hill in 1802. Apparently he was surprised to observe the Southern Ocean only a short distance to the south, since the Island is very narrow at this point.
The static panorama does not do it justice though. Click here for an interactive photo sphere of this scene.

As expected, the paddle back was quite a bit of work. Rather than fight the current in the main channel, I ducked across to the shallower, eastern side, where the flooding tide was less pronounced (the red track on the map). It was almost impossible to escape the wind though. Eventually, after 6 km (~4 miles) of kayaking and 10 km (~6 miles) of hiking, I was back on Arriba where I rewarded myself with a hot cup of coffee and Scotch Fingers.

The following day I made my fastest passage back to North Haven yet - 70 nautical miles in just under 8½ hours.