Cruise: Run aground in the Port River


They say there are two types of sailors, those that have run aground and those that will run aground. Alas, I'm in the former camp.

Back in July I discovered the shallow waters of the North Arm of the Port River (Port Adelaide), which at the time was unfortunately on a falling tide, just below the high tide mark.

To make things worse, the next tide was a so-called "dodge tide". Compare the tide from the following weekend (top), with the tide that I experienced (bottom).
You'll notice the high tides are 12 hours apart with the dodge tide, rather than the usual 6 hours.

I also discovered that Port River mud is impressive in it's suction ability. Full reverse was unable to to dislodge me, and by the time I tried to kedge off, it was too late. 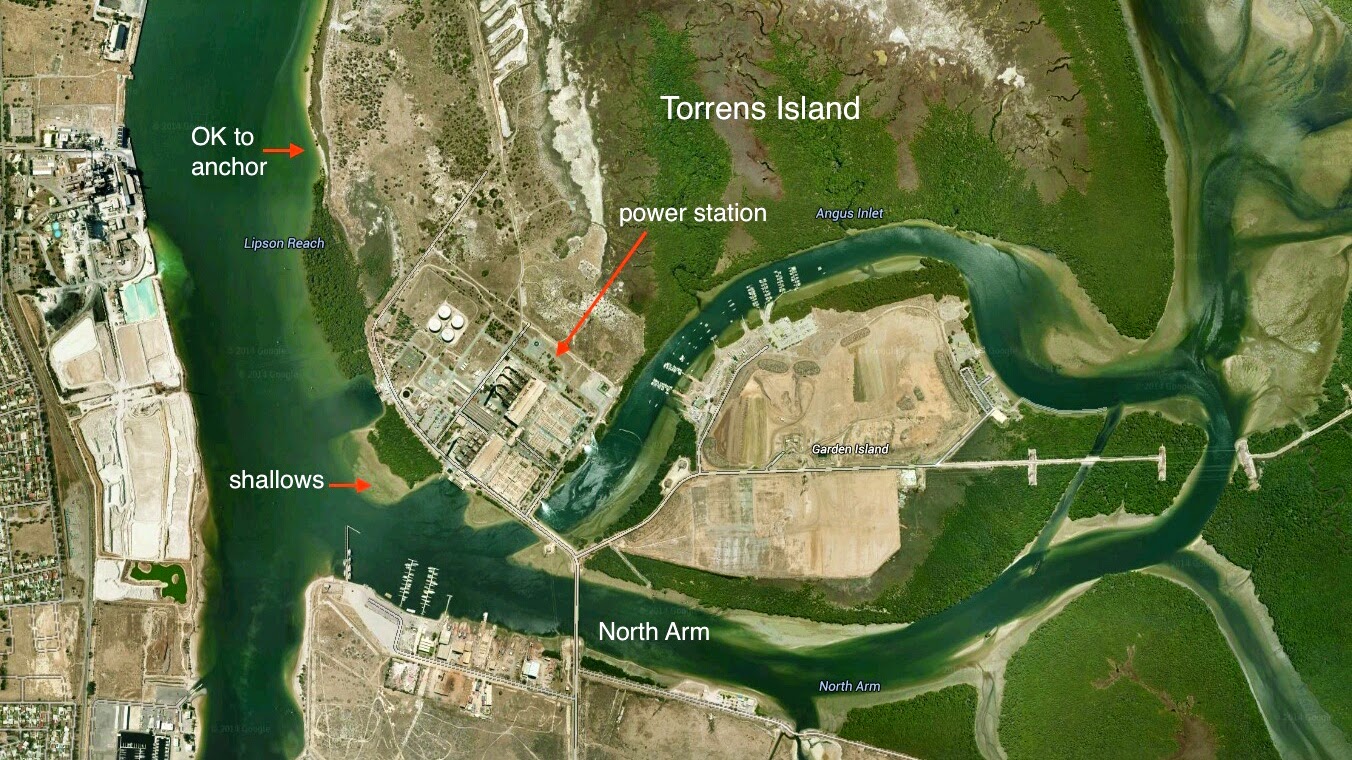 So I spent a lovely night serenaded by Torrens Island Power Station waiting for the next high tide the following morning. As far as power stations go, it could have been worse; Torrens Island is a gas-thermal power station, so it's relatively clean.

Apart from dodging dodge tides, what did I learn from this experience?  To quote Bram Stoker of Dracula fame, “We learn from failure, not from success.”
I managed to do a few things right:
On a positive note, it was a great time to clean my hulls. And nothing damaged except my pride :-)