Last weekend I made my second sailing expedition to Kangaroo Island (South Australia). This time, instead of sailing by night (and convincing a crew member to stand watch in the middle of the night), we cruised leisurely by day and aimed straight for Kingscote. (From North Haven, Adelaide our waypoint was 35°40.2'S, 137°42'E, about 3NM ESE of Kingscote, thus avoiding the shoals of the Beatrice Islets.)  Gulf St Vincent was a mill pond most of the way and we easily averaged 7 knots under motor, only bothering to raise our sails for the last couple of hours (route here). Along the way we were visited by countless pods of dolphins, which with the still conditions made for some remarkable photo opportunities. 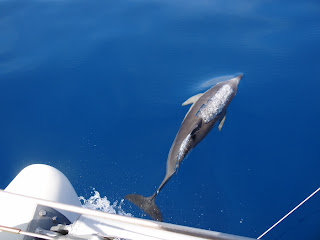 Gulf St Vincent and, in particular the gnarly Backstairs Passage, can be very choppy at times, but if a large high pressure is sitting off the south coast, it's quite likely you're in for a very smooth ride. The minimal tidal range also helped to flatten things out too. 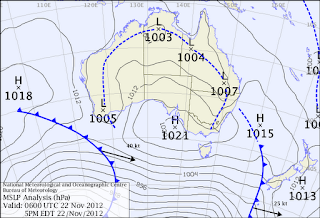 We anchored in the scenic Bay of Shoals just past the Kingscote boat ramp, enjoying a spectacular sunset.

NB: If a NW makes the Bay of Shoals too choppy, move to the lee of the Beatrice Islets. 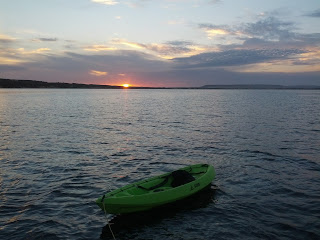 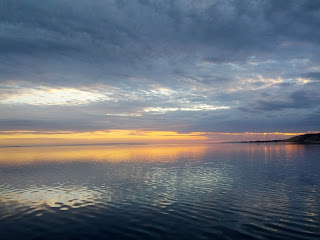 After burning off some calories with an early morning kayak around the bay, it was time to visit Bay of Shoals Wines and replenish the boat cellar from their awesome selection of wines.

At midday a north-westerly breeze kicked in and we set sail for Emu Bay on the North Coast of the Island. The North Coast is actually not a safe place to be in any northerly but the wind direction was forecast to swing to the south-east later. Even so, I decided to hole up briefly at Marsden Point, North Cape (35°34.4’S, 137°38’E), the last place of refuge from a north-westerly, until the change of wind direction actually kicked in around 4pm.

The cliffs of the North Coast near Emu Bay are not only spectacular, but they contain one of only two shale beds in the world containing Redlichiida trilobites. Emu Bay itself is a broad sandy beach with a small community (no facilities). We spent the night anchored at the far western end of the Bay, about 400m south-east of the reef (35°34.92'S 137°30.01'E).

Day presented us with a choice; spend another night on the Island, or cross Backstairs Passage and overnight on the southern Fleurieu Peninsula. With a front approaching I decided on the latter and we sailed across the Passage in moderate winds, averaging 22knots, gusting to 28knots. Our destination, lovely Second Valley. (BTW, my other favourite southern Fleurieu Peninsula cove is Rapid Bay, just to the south.)

Along with Rapid Bay, the jetty at Second Valley is famous for its Leafy Seadragons, I was dying to try out my new surface supplied air "hookah" dive equipment and spot a few leafies of my own, but alas, my port engine needed some TLC after sucking in some air on the bumpy crossing. (Disclosure: We started out motor sailing from Emu Bay and in the excitement I forgot to shut down my engines until mid passage). While I played mechanic I dropped off two of my crew at the jetty who explored the town and dutifully returned with chocolate to share :-)

The night was incredibly windy as the offshore south-easterly was channeled down the valley and aimed squarely at us, but we were protected from the swells and quite snug in our cove. 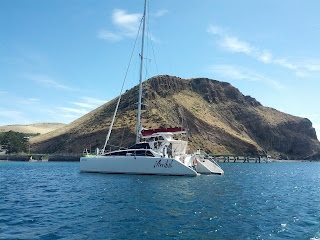 The next morning it was time to raise the gennaker as we sailed north on a broad reach for Ochre Point, 4 hours away. The wind was variable and although we only averaged 6.3 knots, we hit 12 knots in the gusts.  We past the scenic Myponga Hills, just as the sun punched through the clouds. 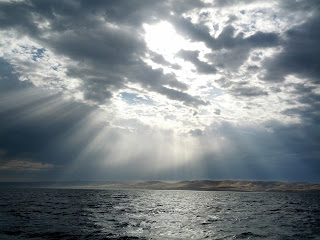 Just before Ochre Point we passed close to the spectacular cliffs of Blanche Point, at the southern end of Maslin Beach. 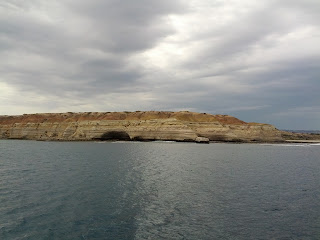 For the local indigenous Kaurna people, Ochre Point, known as Karkungga, was once a significant source of red ochre, highly valued for its ceremonial use and traded for hundreds of miles. We didn't venture on shore at Ochre Point, but enjoyed morning tea at anchor - and a few water bombs of the human variety. Our final leg back to North Haven took another 4 hours.

We certainly crammed a lot into our 4 days, but I wish I'd had another week to explore Kangaroo Island's North Coast.  Next time!