Putting seawater to use on your boat 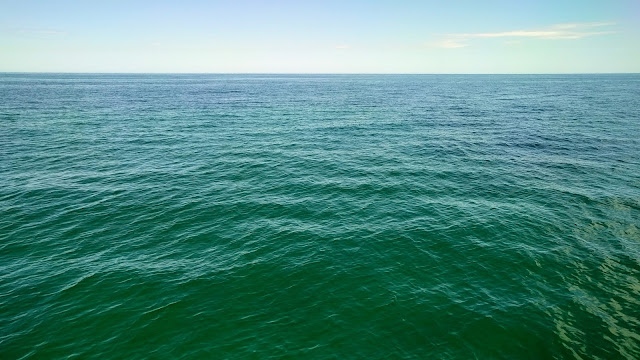 “Water, water everywhere. Nor any drop to drink.”  So goes The Rime of the Ancient Mariner.

While drinking seawater is only for the desperate, that doesn’t mean seawater isn’t useful. Here are 10 ways you can use seawater to make your supply of freshwater last longer.

Sailors have been bathing in seawater for centuries and you can too. The trick to lathering up in seawater is to use potassium-based soap, since normal sodium-based soaps don’t dissolve in seawater. "Sailor soap" is one such product (which as a bonus include such goodness as Tea Tree and Eucalyptus oils). Follow up with a quick freshwater rinse.

Cooking with seawater works for anything that you would normally season with salt. As a bonus, sea salts, i.e, the minerals that remain after the H20 in seawater is evaporated, are considered by many to be tastier than table salt. Seawater comprises 3.5% salt, therefore 1 liter (~ ¼ gallon) has about 35 grams (1.2 oz) of salt. While that’s much more salt than you would choose to deliberately add, if the water is for cooking or blanching and subsequently being discarded, only a little salt ends up in your food. For example, boiling noodles or poaching eggs works great. Crabs, mussels, and lobsters cooked in seawater are particularly tasty, and fancy restaurants often bring in seawater for this purpose. On the other hand, rice cooked in 100% seawater ends up too salty, although a ⅓ seawater, ⅔ freshwater mix works well.

Tip: Squid can be tenderized perfectly by blanching in boiling seawater for 30 seconds. Score the squid in a cross-hatch pattern first though. Don’t boil for too long, otherwise you’ll ruin it.

After cooking, wash your dishes in seawater. As with bathing, use a potassium-based soap. Be nice to the environment, and use something biodegradable such as Campsuds. There’s no need to do a post-rinse in freshwater though, as the amount of residual salt is miniscule.

The ancient Egyptians hung wet blankets across the doors of their homes to implement a basic “swamp cooler.” Seawater has exactly the same cooling effect as freshwater, so it too can used for evaporative air conditioning. Act like an Egyptian; soak your towels in seawater and hang them in the breeze.

Modern marine toilet systems are made of porcelain and plastic parts which can be flushed in seawater without corroding. Even if your toilet system is not plumbed to use seawater, you can flush manually using a bucket of seawater.

The next four suggestions are for those who like to fish from their boat.

Rinsing your seafood catch in seawater is better than using freshwater as the latter tends to draw the salts out of the fish’s flesh, destroying flavor in the process. This is because on average seawater fish muscle contains about 2% salts.

For the same reason, use seawater to freeze your catch instead of freshwater. Freezing fish or uncooked crabs in seawater increases freezer time by reducing freezer burn due to dehydration.

If you just want to keep your catch chilled until you get home, a slurry made up of crushed ice and seawater works great. The freezing point of saltwater decreases as salt concentration increases. Specifically, freshwater freezes at 0°C (32°F) and seawater at about -2°C (28°F). It’s the reason you add salt to your ice when making ice cream at home.

Alternatively, try curing instead of freezing. A 50:50 mix of seawater and brown sugar makes a light brine mix. To be precise, seawater's 35 grams of salt per liter corresponds to a dissolved salt concentration of 26% (or 26° as measured by a brinometer). You can add additional salt for a heavier brine, but of course the finished product will taste saltier. The fish is properly cured when it is firm to the touch. Oily fish such as Snook or Herring (Tommy Ruff) taste particularly good cured.

Alternatively apply a light brine for flavor, then smoke for the final cure.

To be honest, I struggled to come up with a tenth use, until someone suggested ballast. Owning a catamaran, this did not jump out at me, but  keel boats can be fitted out to use seawater tanks for ballast. Here's one explanation.

Finally, ensure your source of seawater is clean. For cooking purposes, I like to pump some seawater mid-passage where the water is cleanest and save it for cooking later (properly labeled). 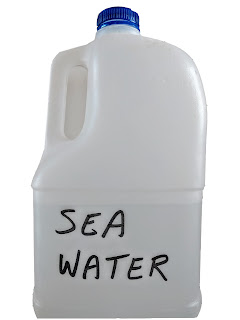 If you sail in coastal waters with dubious water quality, then definitely stick to using freshwater!

Did you know that seawater animals suffer from far fewer diseases than their freshwater and land counterparts? For example, freshwater trout typically develop terminal liver cancer whereas cancer has never been found in sea trout. Further, arteriosclerosis (the thickening/hardening of arteries) is common in land mammals (including humans), but has never been observed in marine animals.