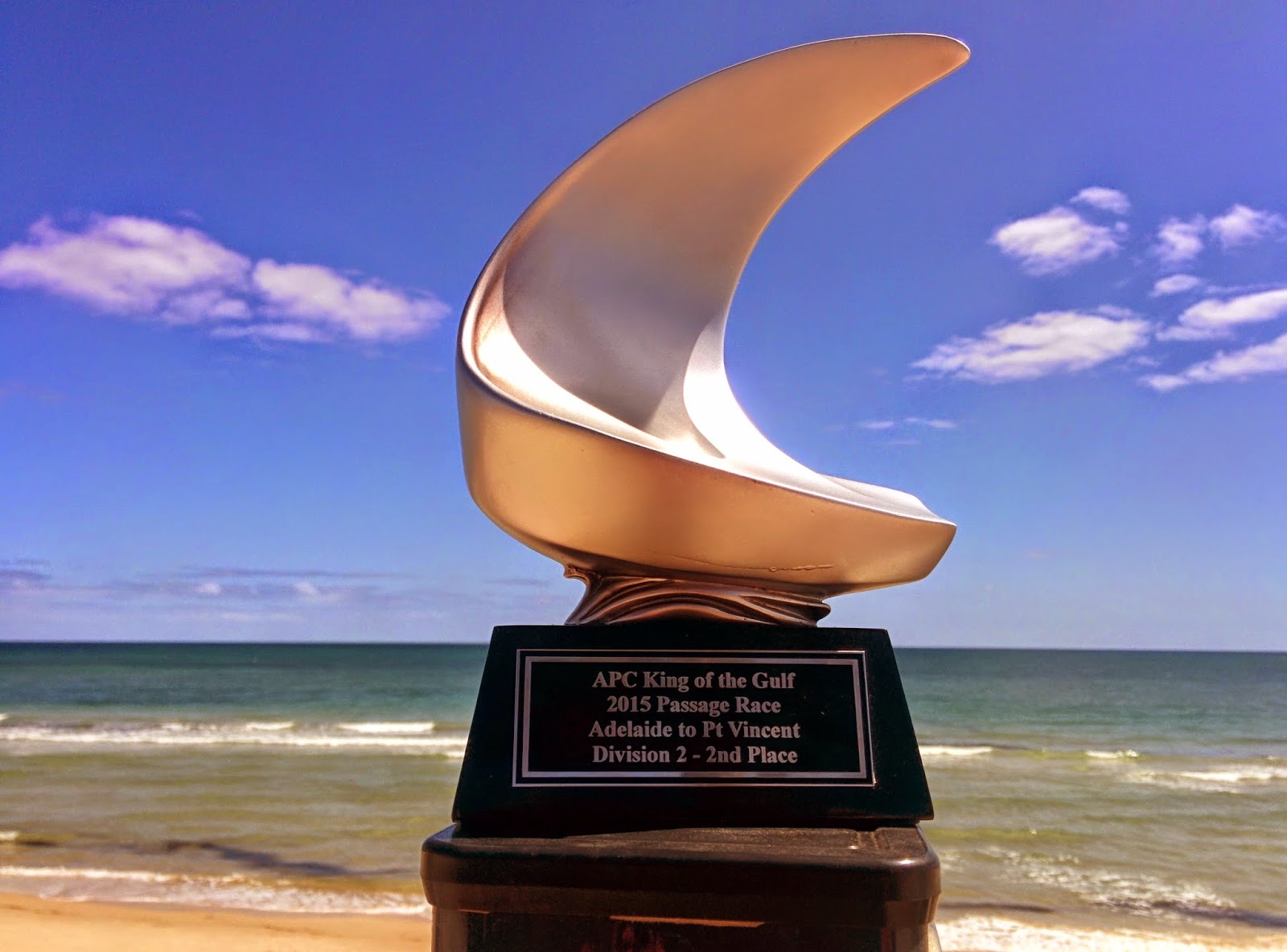 On Friday 20 February 2015, Arriba participated in the inaugural King of the Gulf (KoG) race from Adelaide to Port Vincent. The KoG was organized by the Multihull Yacht Association of South Australia (MYASA) in response to multihulls being inexplicably banned from the Adelaide to Port Lincoln race this year - for reasons still yet to be explained. Anyway, that is water under the bridge, or should I say, bridge deck!

The first KoG attracted 17 vessels in 2 divisions, a good turnout for a brand new Category 3 race organized in under 3 months. A special thanks to the lead sponsor APC Logistics and the other sponsors for their support.

We struggled with extremely light and variable winds for the start of the race. Our timing was off and Arriba crossed the start line 7 minutes late. It was only a couple of hours into the race that winds became consistently moderate, albeit unfortunately from the SW not the forecast SE.

Arriba made the crossing in exactly 6 hours, 2 ½ hours slower than Arriba's best time of 3 ½ hours. Unfortunately Arriba's screecher (gennaker) was a casualty of a poorly timed tack while trying to work upwind of the Orrontes Beacon; it got holed on a spreader bar when backwinded. Apart from losing our most powerful headsail (other than our spinnaker), we lost precious time taking it down and replacing it with the jib.

Nevertheless, in the end we placed second in our division on handicap, missing out on first place by only 3 minutes. We particularly enjoyed having another Lightwave 38 to race against.

MYASA hosted an excellent awards ceremony at the Port Vincent Marina, with food catered by the Ventor Hotel.
Unfortunately we were not able to linger at Port Vincent as we needed to return to Adelaide at first light to pick up crew for our next sailing adventure, circumnavigating Kangaroo Island.
OVER.
mistake North Haven Port Vincent pub race