October 25, 2014
There are two downsides to owning a catamaran. First, you need a wider berth, and second, you have two hulls to clean. If you scrub your own hulls with just a snorkel and mask, you know the drill: take a deep breath, dive down, scrub like crazy, bob up to surface with lungs bursting; repeat. It's tiring and inefficient even if you’re comfortable in the water, and doing it for two hulls is twice as tedious.

Fortunately, there’s an easier way, namely diving with a “Hookah,” or technically speaking, a surface-supplied air diving system. The system is a just an oil-free compressor, which pumps air pressurized to 7 bar (100 PSI) into a long 20m (60’) hose, with a regulator at the other end to breathe through.


Note: Don’t just use any old compressor off eBay. The oil-free feature is critical, since you don’t want to breathe in noxious oil fumes. Also, a regulator with a downstream demand valve is safer than one with an upstream valve, since it will shut if pressure is lost, e.g., due to a hose failure, etc.

Having a Hookah on board is incredibly handy. Scrubbing hulls and propellers is actually now fun, since it's 10x easier to do. It's also enabled me to replace a broken rudder in situ, unfoul props (on two occasions), and recover items that have fallen in the drink, including a friend’s expensive prescription glasses.

I purchased a 12V DC electric model (Airline Model 12V160-3) over a petrol (gasoline) model because I wanted to take advantage of Arriba’s abundant 12V power, and avoid the need for carrying extra fuel. The electric system is also quieter, emits no fumes and is lighter - weighing in at only 10.5 kg (23 lbs) vs. 25kg (55lbs). Also it’s tough and easy to maintain. I once drowned mine, but after carefully taking it apart and cleaning it, it fired back to life. (The compressor is a custom model made by Thomas and similar to model # 270025).

Initially, I powered the compressor from Arriba’s house batteries, which was fine for all of those boat chores. Sailors do not live for boat chores though, and before too long I wanted to dive without being tethered to boat power. The solution was a portable “dive battery” which, along with the compressor, I tow in a plastic trash bin inserted inside an old ski tube for floatation (photo above). The battery goes in first at the bottom of the bin, since it provides great ballast, and the compressor sits on top (photos below). 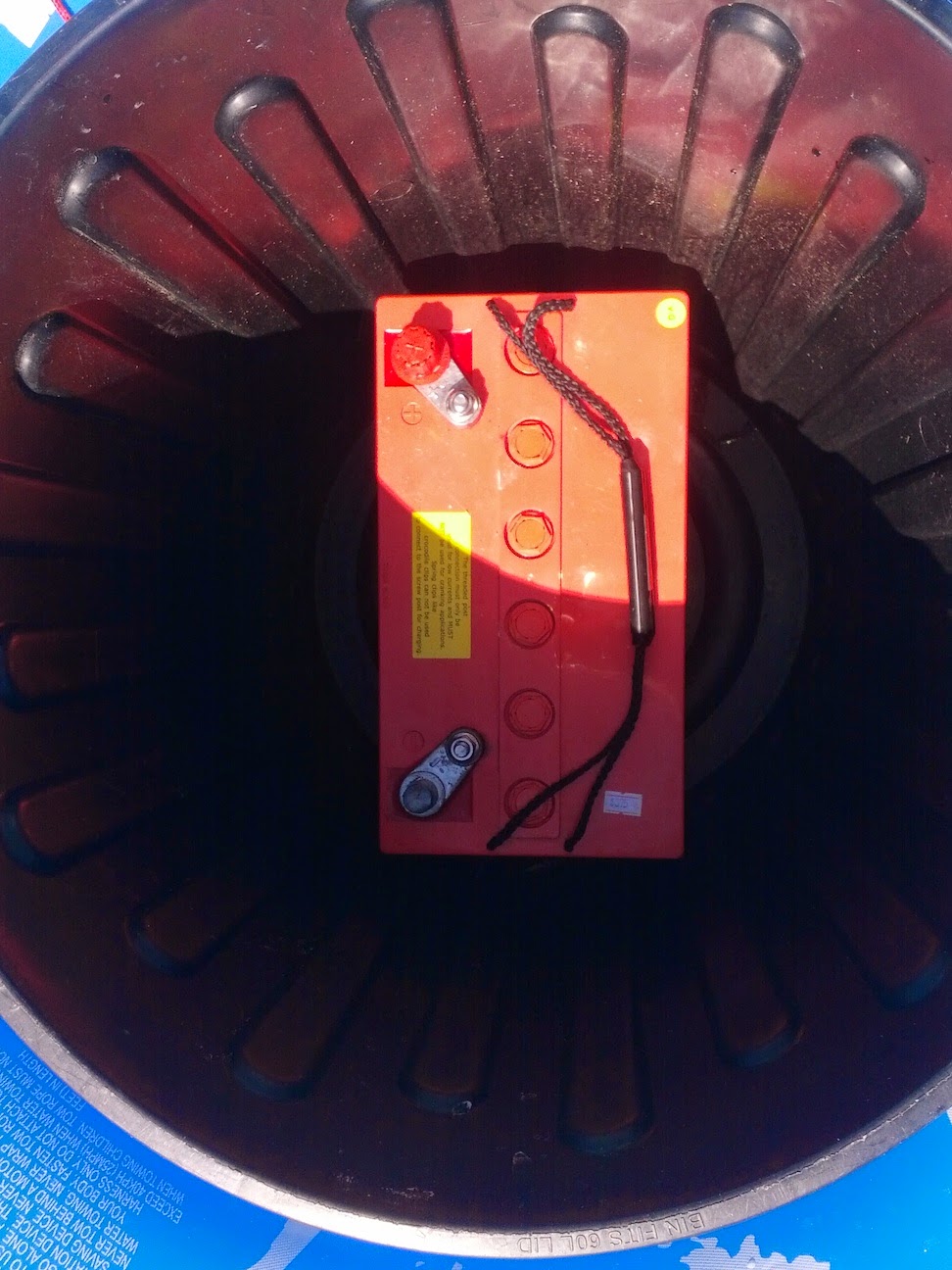 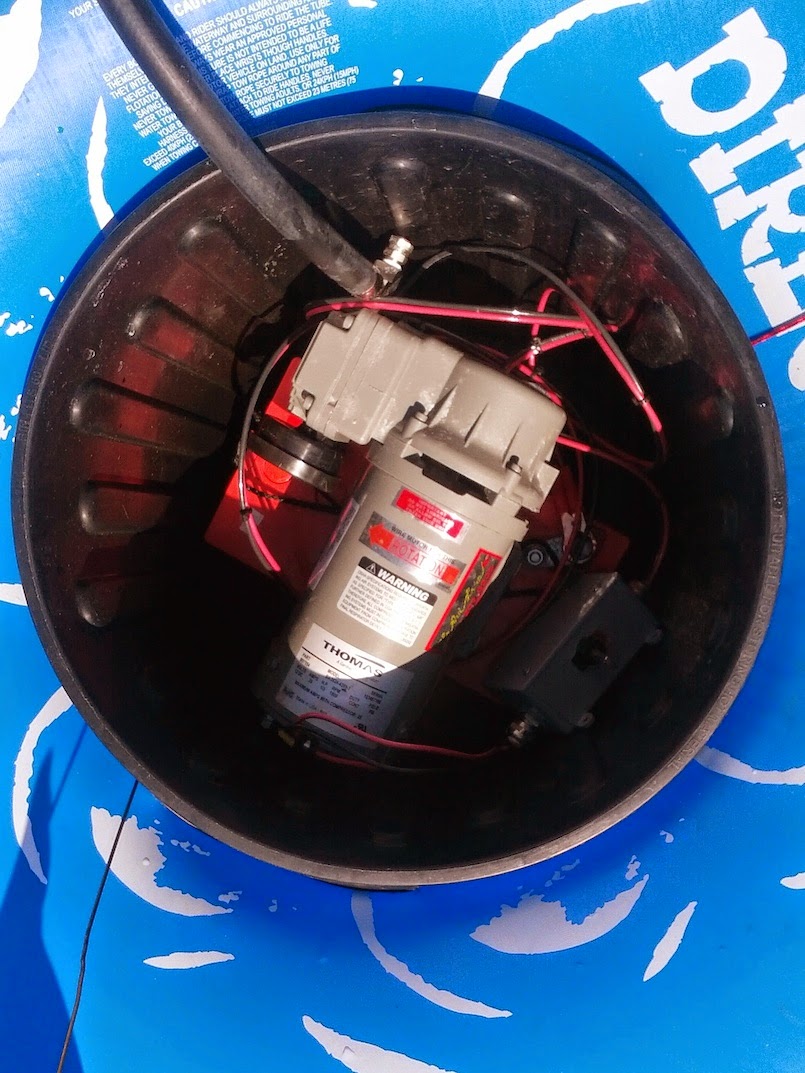 For the dive battery I deliberately purchased exactly the same model as Arriba’s starter battery, a deep cycle battery with a capacity of 100Ah. The compressor draws a hefty 26A which means I can dive for almost 2 hours before the charge drops to 50%. (Battery life will be shortened if routinely discharged below 50%.) While the dive battery is rather heavy at 29kg (64lbs), having an extra battery on board never hurts. The advantage of having identical batteries is that they’re interchangeable. I also extended Arriba’s charging system to charge the dive battery whenever the starter battery is charging, via a voltage sensitive relay (VSR) battery isolator. Keep in mind that battery chargers generally don’t cope well charging different battery types at the same time. The VSR also has an override switch enabling me to cross-connect both batteries if needed, e.g., to draw power from both batteries simultaneously.

Note: Todays modern "dual purpose" deep-cycle batteries can also supply enough cranking amps to serve as starter batteries, so there’s no longer much need for different battery types on board.

A Hookah is also a lot of fun for underwater exploring, and is a great alternative to bulky Scuba gear, permitting dives down to about a depth of ~15m. I'll share some underwater shots in a future post.