A rope is a rope 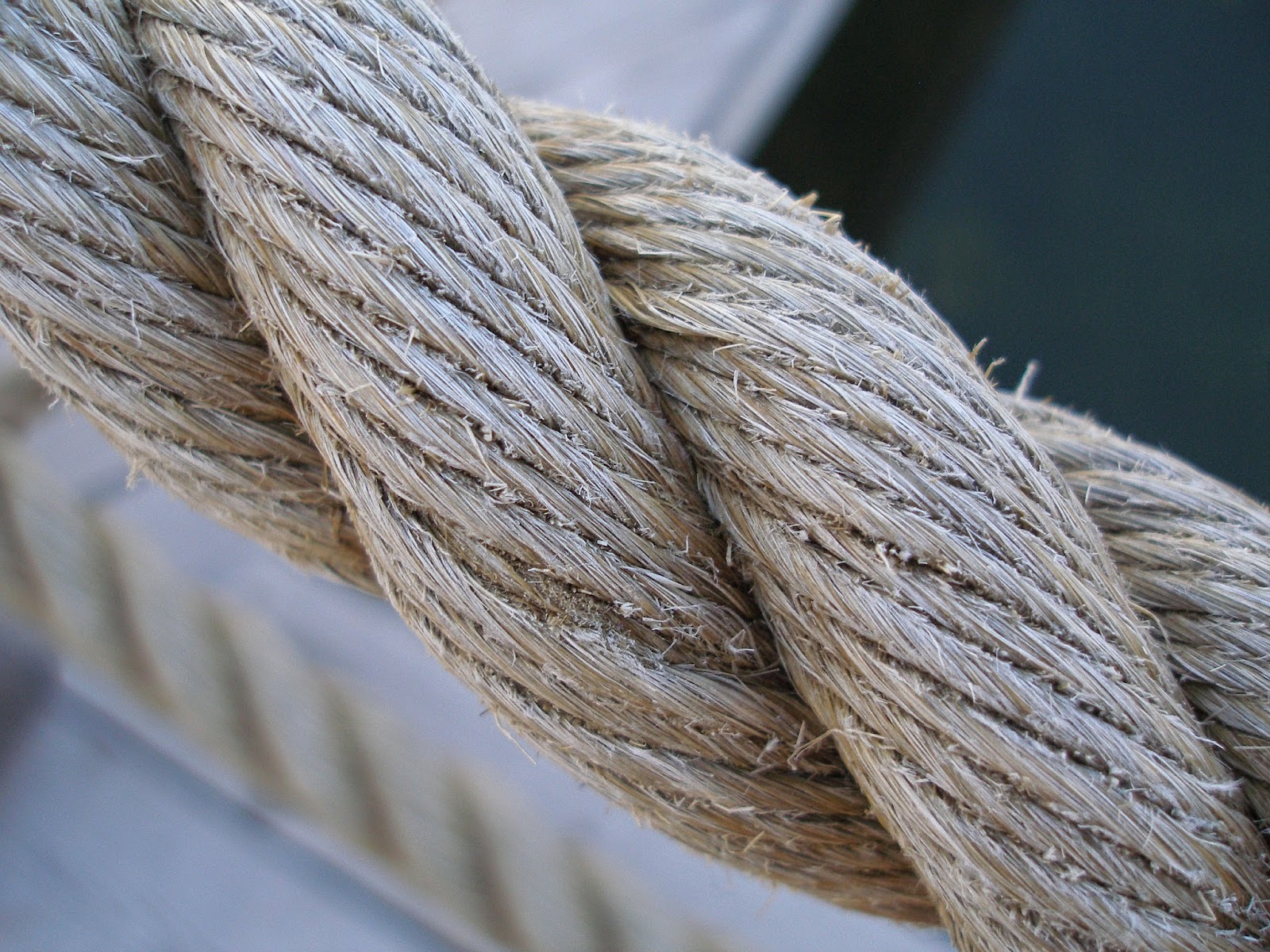 I came across this wonderful poem in an old issue of Boat US Magazine. I wrote to them for permission to republish it and they contacted the author, Rocky Jones, who kindly granted my request (© Rocky Jones).

A rope is a rope,
but sometimes a line.
Or it might be a painter
towing the dinghy behind.

From fiber to yarn,
then strand into rope.
It's the twisting that does it
which makes strong at the scope.

There's polys and sisal,
manila and hemp.
But when buying nylon
your money's well spent.

The big one's the howser
with strain to defend.
The little one's the small stuff
for seizing the end.

The rode holds the anchor
in mud, sand, or rock.
The bow, spring, and stern lines
hold the ship to the dock.

You pay out a drogue line
when caught in a gale.
But pay out a halyard
and down comes the sail.

A bell rope it might be
clanging the time of the day.
Or it might be a cable
holding the mast with a stay.

On wash day at Granma's
clothes pins were used.
But a sailor needs clothes stops*
to hang up his blues.

If you pull on a sheet
your toes will get cold.
But when in a boat
the sails will unfold!

Be it braided or twisted
fiber or steel.
It's still just a rope
if it stays on the reel.

Rocky taught marlinespike seamanship for 19 years at the USCG Auxiliary in Brookings, Oregon, and for the Oregon State Marine Board. He wrote this poem when he'd heard enough teasing questions in his classes, about a rope becoming a line when it comes aboard a boat. There seemed to always be someone in the class who would point this out and tease others. So he wrote this poem to help victims of this teasing and has handed it out to folks under his command ever since.

*PS Once known as the early Navy clothespin, a "clothes stop" is a small-diameter cord, approximately 12 inches long, used to tie laundry to a clothes line.
funny poem