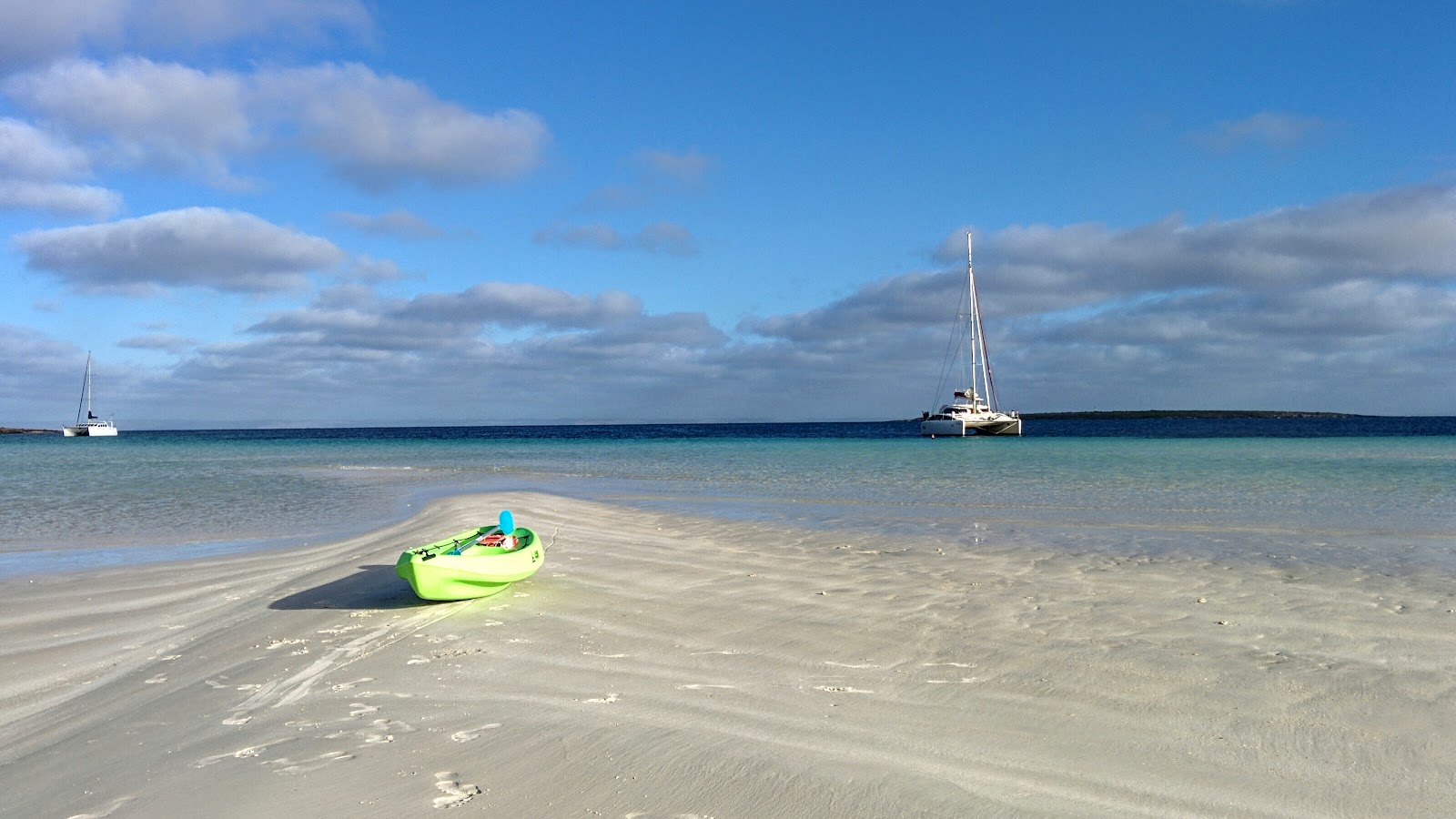 When one thinks of cruising in Australia, Queenland’s Whitsunday Group of islands immediately springs to mind. And rightfully so, for it’s hard to beat 100 miles of lushly vegetated tropical islands, beautiful beaches and coral reefs basking in the warmth of latitude 20°S. Yet what if I told you there was a group of islands in southern temperate climes, with unspoiled beaches, remarkable aquatic wildlife, and absolutely no crowds - a place you could even enjoy when the tropics are lashed by cyclones? Such a place exists, and it is the Sir Joseph Banks Group of islands, nestled in the semi-protected waters of South Australia’s Spencer Gulf at latitude 34.5°S.


Relatively little is written about these wonderful islands, since so few people visit. Unlike the Whitsundays, there are no bareboat charters, no towns, no resorts, in other words, no infrastructure! Once you depart from your port of origin, you’re on your own! It is sailing at its purest. So take plenty ice or make sure your freezer is working well.

On Sunday February 23rd I set sail in Arriba from Port Lincoln with 2 friends. Our destination? Sibsey Island, the southernmost and nearest island in the Group (map location 1). We covered the 18 nautical miles in well under 3 hours in 15 knot winds.

One word of caution: the direct route from Lincoln to Sibsey takes you past hundreds of tuna pens (photo). While you can easily dodge them by day, it would inadvisable to attempt to do so at night.

As soon as we dropped anchor in 6m of crystal clear water, we were greeted by several curious seals. We were all famished however, so playing with seals had to wait until after lunch.

Afterwards we zipped around in our dinghy among the seals for a while, before pushing onto Reevesby Island, 11 nautical miles to the north. There we anchored in beautiful Moreton Bay (34°30.288'S 136°17.414'E) on the northern side of the Island (topmost photo and map location 2) .

By a lucky coincidence, my friend Nick, who had crewed with us on the Adelaide to Port Lincoln Race, was flying overhead en route to Adelaide, and snapped this photo just as Arriba was pulling into Moreton Bay. Arriba is the rightmost white blob in the middle of the northern cove. If you look closely you can see that we still had our mainsail up at the time, which we lowered only after anchoring.


That night Reevesby treated us to 3 fish and 2 squids and a glorious display of southern hemisphere stars.

Next morning we continued our clockwise circumnavigation of Reevesby under sail. Our chart indicated that the south coast of Reevesby shoaled up to a depth of only 2m, but with Arriba drawing on 1.1m we pushed on. We successfully rounded the southern tip and continued north, going between Reevesby and Lusby Island, now confident that we could pass through the remaining shallow waters, also indicated as 2m deep on our chart. That confidence was sorely misplaced as we ground to halt, precisely at a point where the chart indicated a depth of 3m (map location x). Fortunately, it was low tide so we needed only to wait a couple of hours to float off, which meant it was time for lunch.

Note: I subsequently contacted the Australian Hydrographic Service informing them of the chart inaccuracies and was told that a new edition of chart is in production and should be published by Q3 2014. Till then, take the depth measurements close to the islands with a hefty grain of salt.

Reevesby Island is now part of a national park, but back in the 1940s it was a sheep farm. We anchored in 4m of water in an area on the western side of the Island known as the lagoon, and went on land to explore the old homestead (map location 3).

The dilapidated farm was fascinating. It is quite amazing to think how resilient those settlers must have been to make a go of their remote farming operation.
We next sailed for Spilsby Island (34°39.73'S 136°20.62'E), which reportedly has the best snorkeling in the entire Group. It was my intention to moor there for the night so we could snorkel the next morning, but I found the northern anchorage to have too much swell for my liking, so we instead continued on to Stickney Island  (location 4). In all we sailed 24 nautical miles from Reevesby Lagoon to Stickney, in 4 hours.

Stickney is a rocky island with a pretty anchorage on the northern side affording great protection from any winds with a southerly aspect (34°40.5'S 136°16.2'E).
The next morning we scrambled up the hill for superb views of the surrounding islands, before setting sail for the SE.
Thus ended our short visit to the Sir Joseph Banks Group. We really only skimmed the surface during this brief encounter and it would be very easy to spend a week getting to know these delightful islands more intimately.