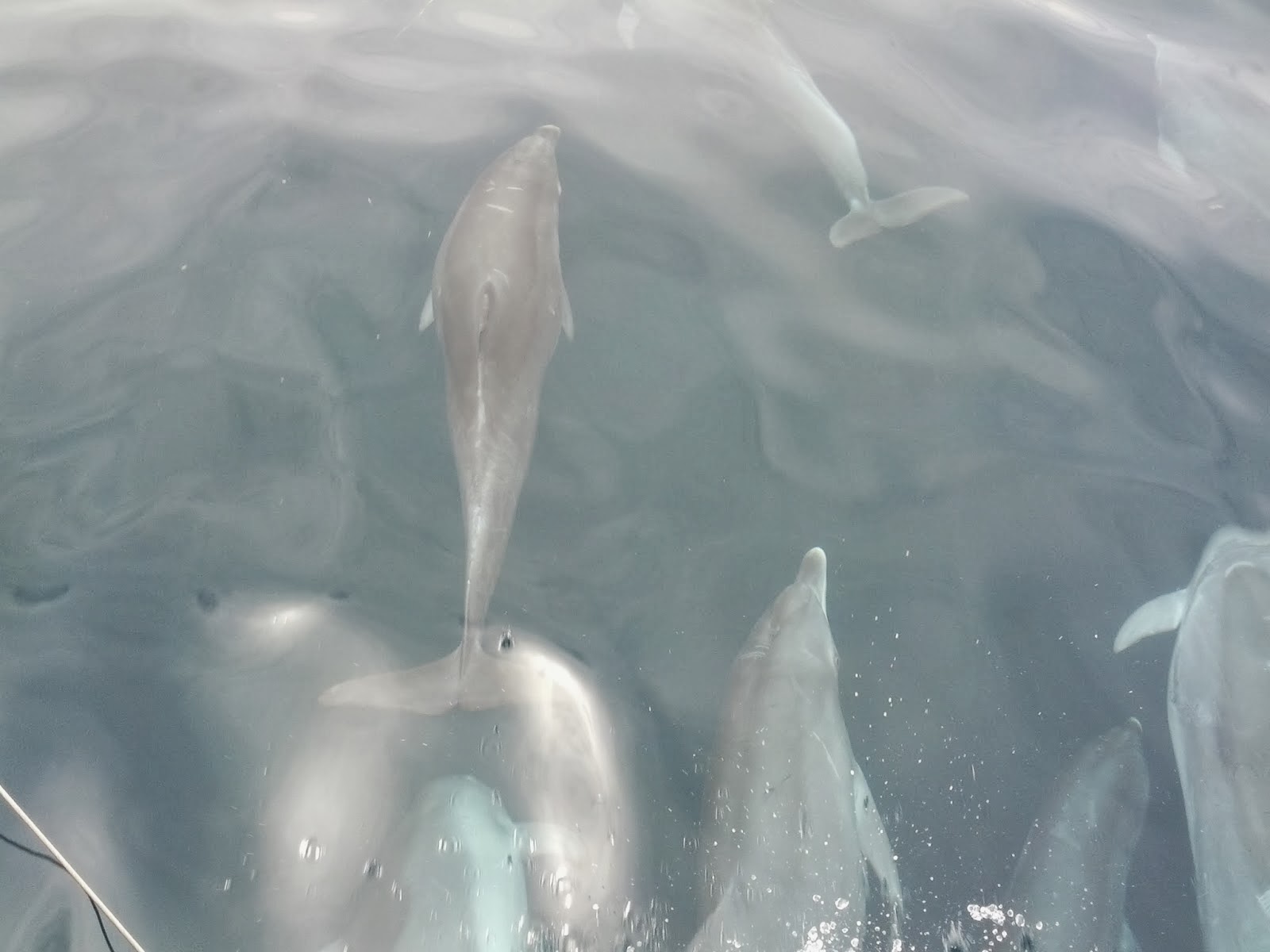 I’m quite hooked on single-handed sailing, which I enjoy both for the challenge of being self reliant, and for the solitude. In actuality, it is only “solitude” in the sense of being apart from other human beings, since one is seldom truly alone on the water.

One of the greatest delights of being on the water is encountering dolphins. My local waters of Gulf St Vincent abound with Indo-Pacific bottlenose dolphins, who are the most beautiful, curious and intelligent creatures, so one never tires of them. Dolphins always put on quite a show riding the bow waves of vessels. No one knows for sure why they do it. It could be they’re taking advantage of the power boost to cover some miles more quickly. After all, in the wild they are known to ride the bow waves of large baleen whales. Or perhaps they associate boats with fishing vessels and have a more utilitarian goal in mind - food! Or perhaps they’re just having fun. Looking at the expressions on their faces, I think they’re just having fun. Or perhaps I’m anthropomorphizing a wee bit much :-)

I find that I attract more dolphins when I’m motor sailing, vs. under sail alone. Doubtless the annoying hum of the engine makes it easier for them to echo-locate a vessel, compared to the gentle swoosh of cutting through the water under sail. So I guess motoring isn't entirely evil. 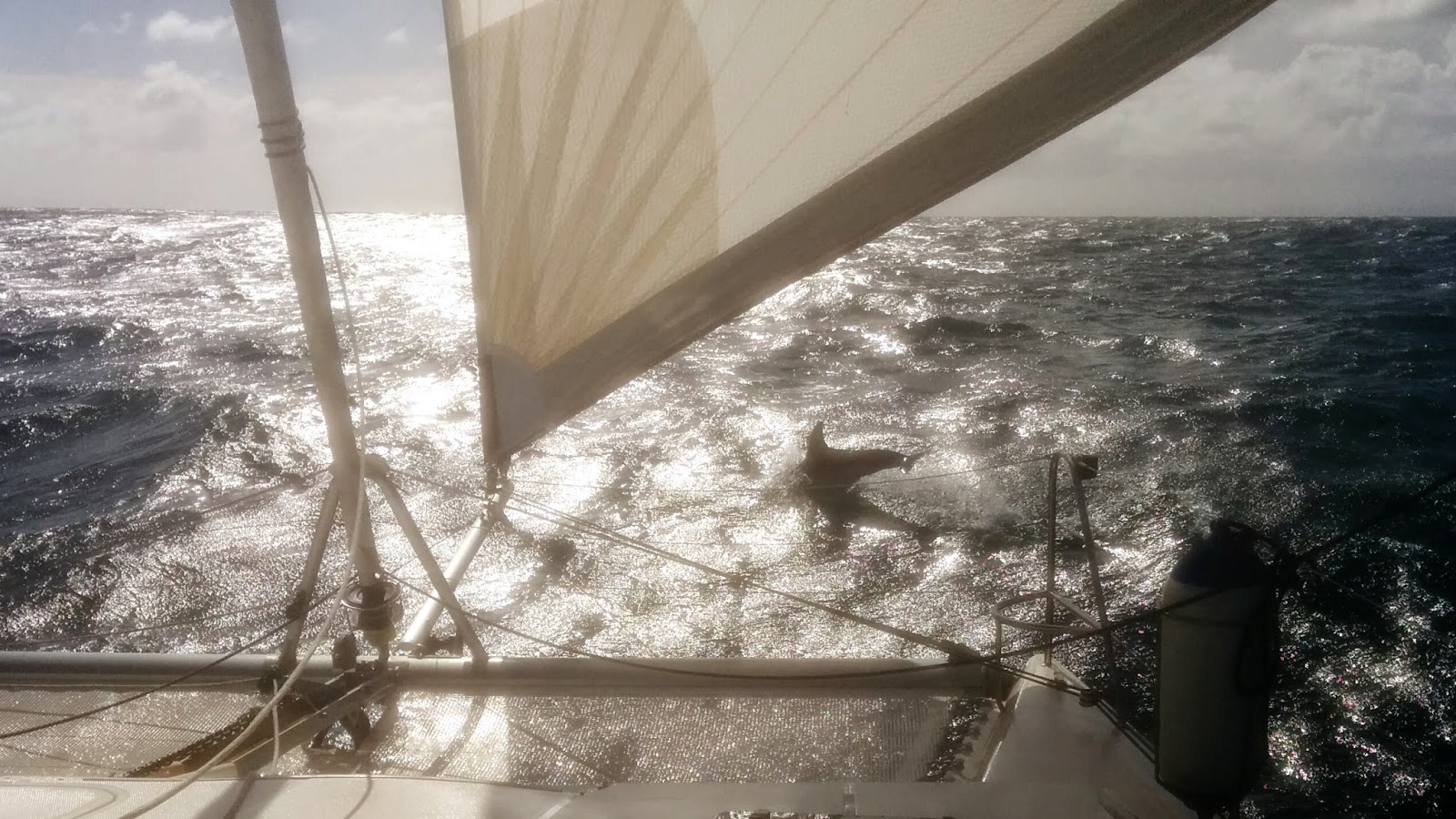 According to this 2003 report dolphins have difficulty with vessels moving erratically and unpredictably, and they attempt to avoid them. Conversely, this helps explain why they are attracted to more predictable sailing vessels and large motor vessels. Good sailors never move erratically after all, right? Sadly, despite their amazing maneuverability, strikes by vessels are a threat to dolphins, and it’s not uncommon to see scars on their dorsal fins (although some may be due to run-ins with sharks). So if you see a pod of dolphins, don’t change course, and they will most likely come to you.
Dolphins riding Arriba's bow.

BTW, if you're visiting Adelaide and don't have access to a boat, I recommend Temptation Tours as a great way to see and swim with dolphins.