Sailing appeals to lots of different people for lots of different reasons, but for me it is all about having fun cruising coastal waters with friends and family (and occasionally single handed). A cruising catamaran which is small enough to sail shorthanded, but big enough to be safe and comfortable, fits the bill nicely. Besides, I've little interest in crossing oceans, and even less interest in racing.

Or so I thought. That’s all about to change next month when you will find Arriba competing in the 150 nautical mile Adelaide to Port Lincoln Bluewater Classic. To be precise, Arriba is in the “Cruising Division,” but technically it’s still considered a “race”. In fact, it is considered an offshore race and rated by Yachting Australia (YA ) and the International Sailing Federation (ISAF) as a Category 3 race, which imposes strict safety requirements.

One of the more mundane requirements of racing is having a sail number. I’m certain racing sailors never give it a second thought, but I've managed to get by for years without a sail number, and the thought never crossed my mind till now.

It turns out that sail numbers around the world are allocated by so-called “issuing authorities.” Some countries, such as the UK, have a single issuing authority, namely the Royal Yachting Association (RYA). Other countries, such as the US and Australia have several, based on region. Boats competing in an ISAF class require sail numbers which are globally unique, which is assured by virtue of a three-letter country code prefix, e.g., AUS (Australia), USA, GBR (UK), etc. So “sail numbers” should really be called “sail identifiers” since they are typically alpha-numeric, not purely numeric.

Most offshore boats however are not in an ISAF class, and the identification is therefore left up to the relevant issuing authority. In Australia, our national yachting organization, Yachting Australia, delegates the allotment of numbers to member yachting associations (MYAs). For example, my club, the Cruising Yacht Club of SA (CYCSA) has the rather cool prefix “YC” and the Port Lincoln Yacht Club (PLYC) has the prefix “PL”.

At CYCSA the procedure for obtaining a sail number is very straightforward. One simply asks for a copy of the document that records all of the allocated sail numbers to date, and picks one that is available. What to choose though?

I’m not superstitious, but I still thought it would be fun to have a lucky number. Seven is one of those rare numbers considered lucky in both the West and the East. Seven, or 七, is considered a lucky number in Chinese culture because it sounds like the Chinese word for “life essence” (起 pronounced Qi). It’s also lucky in Japanese culture where there are seven lucky gods (七福神 pronounced Shichi Fukujin), as shown in picture above, and where Buddhists celebrate a baby’s 7th day and mourn the 7th day after a person’s death. In the West, according to the Book of Genesis, the earth was created in seven days, and Western culture is heavily steeped in the number seven, from the Seven Wonders of the Ancient World to the Seven Dwarfs!

Anyway, the number seven was taken, but seventy seven was not, and since Arriba has two hulls, 77, somehow seemed more appropriate anyway! Arriba is therefore officially now “YC77”.

Now to I just need to adorn my sails with my new number. Photos to follow. 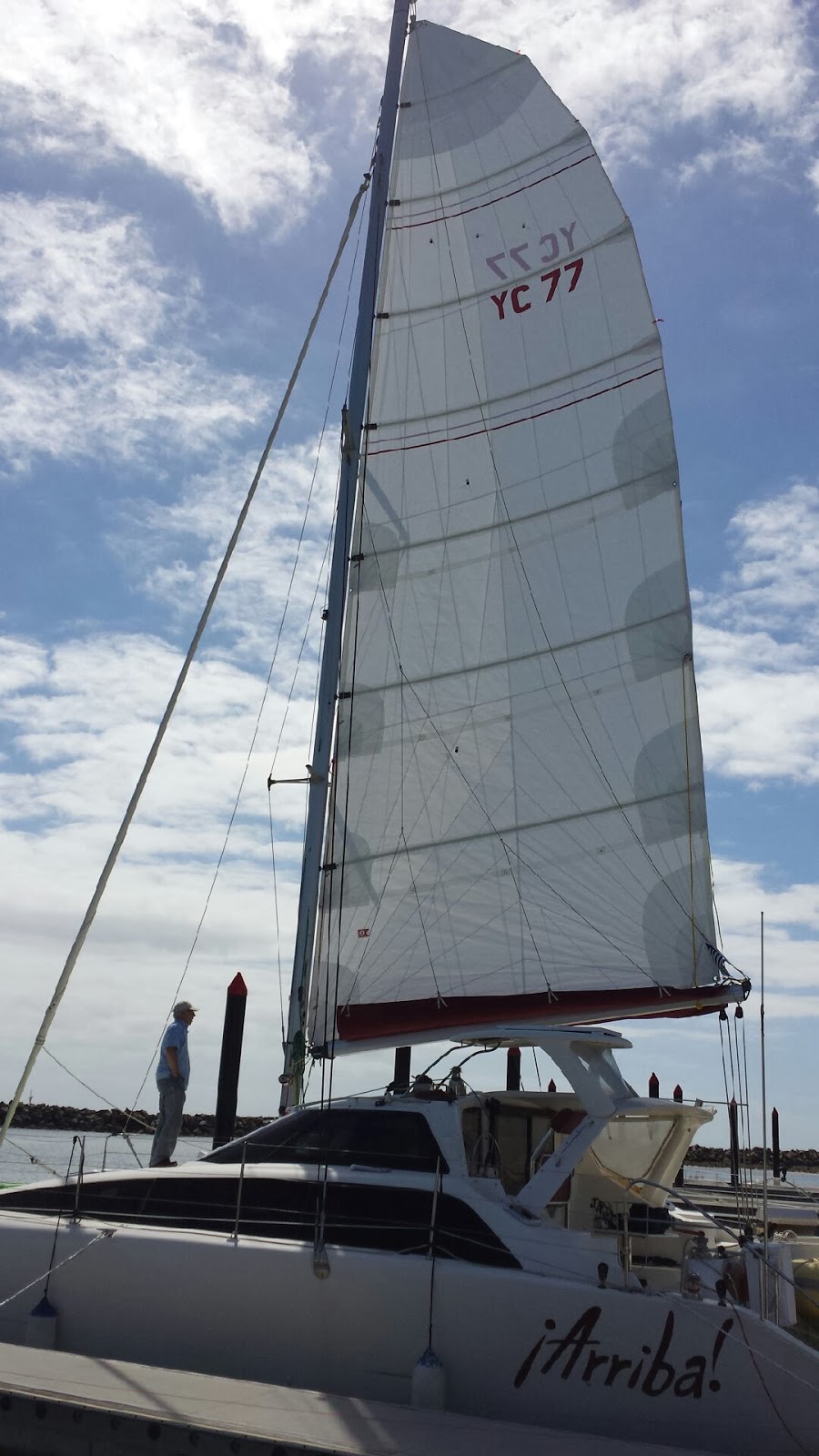