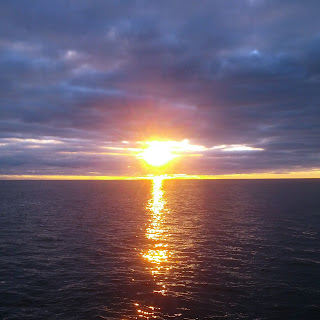 There's something special about sailing that inspires both sailors and non-sailors alike. From authors and poets, to presidents and moguls, everyone seems to have a sailing-inspired quote. Here are are some of my favorites:

"Twenty years from now you will be more disappointed by the things you didn't do than by the ones you did do. So throw off the bowlines. Sail away from the safe harbor. Catch the trade winds in your sails. Explore. Dream. Discover."
Mark Twain, Writer

“To reach a port we must set sail –
Sail, not tie at anchor
Sail, not drift.”
Franklin D. Roosevelt, US President

“The cure for anything is saltwater – sweat, tears, or the sea.”
Isak Dinesen (Karen Blixen), Writer

“Ships are the nearest things to dreams that hands have ever made.”
Robert N. Rose, Poet

“Exultation is the going
Of an inland soul to sea,
Past the houses, past the headlands,
Into deep Eternity...”
Emily Dickinson, Poet

“Happiness is not something ready made. It comes from your own actions - such as sailing.
Dalai Lama

Caveat: I added the last bit about sailing :-)

Skills
“I can't control the wind but I can adjust the sail.”
Ricky Skaggs, Musician

“Any fool can carry on, but a wise man knows how to shorten sail in time.”
Joseph Conrad, Writer

“The wind and the waves are always on the side of the ablest navigator.”
Edmund Gibbon, Historian

“The goal is not to sail the boat, but rather to help the boat sail herself.”
John Rousmaniere, Sailor/Writer

“The person who goes farthest is generally the one who is willing to do and dare. The sure-thing boat never gets far from shore.”
Dale Carnegie, Writer


Funny
“A lot of people ask me if I were shipwrecked, and could only have one book, what would it be?
I always say 'How to Build a Boat’.”
Stephen Wright, Comedian

"It isn't that life ashore is distasteful to me. But life at sea is better."
Sir Francis Drake, Sailor/Privateer

“Bad cooking is responsible for more trouble at sea than all other things put together.”
Thomas Fleming Day, Sailboat designer

"Only two sailors, in my experience, never ran aground. One never left port and the other was an atrocious liar."
Don Bamford, Marine historian